Last week, a family suffered the loss of their child at the Carolina Community Maternity Center in Fort Mill, South Carolina, the third loss since the center opened in 2009, according to media reports. As is typical, local reporters focus on investigations into the birth center by the Department of Health and the story of one family who wishes they had not chosen the birth center two years ago for the birth of their stillborn child.

I appeal to reporters and media consumers to rise above sensationalist nonsense – stories spun to create additional drama rather than reports of the reality of birth. When a baby dies, the most likely story is not the negligence of parents nor birth workers; most of the time, a child’s death would happen regardless of the place of birth. Statistics showing similar infant mortality outcomes for low risk women whether they are home or at the hospital support this idea.[1] Placing blame is a shallow reaction to the pain of the death of a child. A mature, reasoned response is to open our hearts to the families and caregivers present at the birth, to express our sympathy, and to assume that those intimately involved made the best decisions they could make at the time, because everyone involved cared and wanted that child to live.

Midwives have shepherded birthing women in their homes or special places of birth for the vast majority of human history, whereas obstetricians in hospitals, originally housing for the indigent sick and dying, have been popular providers for mothers for fewer than 100 years, requiring many private medical dollars and public coercion to shift public opinion in their favor. I encourage those criticizing the choices of others around birth to learn more of the history of obstetrics in this country before putting pen to paper. Two interesting sources are Lying In: A History of Childbirth in America, and Birthing a Slave: Motherhood and Medicine in the Antebellum South.

We in the U.S. have been acculturated in recent history to believe that birth is a medical problem, when in fact it is a physiological process that only rarely goes awry – if left undisturbed. Perhaps because of this view, we are apt to see death as avoidable; we believe so deeply in medicine that we have forgotten that there is a higher power, or that a child is a wise spirit who chooses the course of his or her life. Our medical model approaches birth as if it were a malady to be “treated” and “fixed”, and the baby as if it needs to be “saved” from the process, rather than approaching birth as most midwives in the world do now and have done throughout history – as a process that will most likely proceed as nature intended, especially if a woman, like other mammals, is afforded a quiet, calm space within which to expel her fetus. The best midwives allow this space, believing in the process, while also knowing the warning signs that birth is not proceeding as nature intends, so that they can intervene and/or transport a mother and child to a medical facility. If these warning signs are not present, babies can still die, and rarely, they do. But this happens wherever babies are born, and it is always a tragedy for the families and the caregivers when it does. 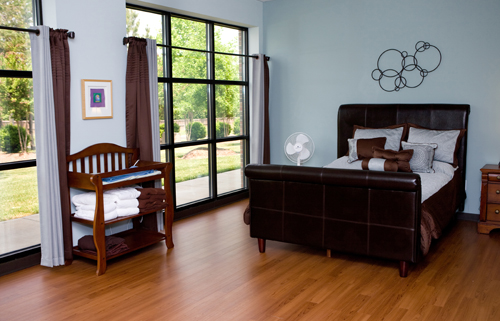 Sometimes, when families choose home birth or birth center births and their child dies, they are judged as somehow negligent or complicit in the death of their child.  I have seen many families in the birth process, and they all want their child not only to live but also to thrive and to feel their love; I believe this is universal, with rare exception for mental illness. I challenge the unhealthy pattern of thought in which we impose a popular way of doing things on others. Families must be allowed to choose what they believe to be best for themselves and their children, and then they must be allowed the consequences. For many of us, the potential harm of a technocratic hospital birth is unacceptable; for others, the potential harm of out-of-hospital birth is unacceptable. For all of us, we are bringing our experience and current knowledge to bear in an important decision for our family, and having the choice to do so is fundamental to the health of our society, to our freedom. When we judge what others have chosen without seeking to understand them, we are undermining what I hope we all want: a society engaged in an honest debate in which members seek to find the truth, a society of free individuals looking for the best choices for them, in birth and in the rest of their lives.

[1] http://www.ncbi.nlm.nih.gov/pubmed/23769011. “Conclusion: Home birth attended by a well-trained midwife is not associated with increased mortality and morbidity rates, but with less medical interventions.”